2020 is defined by crises and uncertainties related to the COVID-19 pandemic and racial tensions. These impact the moral, social, political and economic foundations of our world, nation, and the profession of physical therapy. Navigating one’s professional identity and formation during this time is undoubtedly challenging; you may have had unexpected, yet impactful interactions as a result.

Describe an experience that significantly impacted your professional growth and identity as a future physical therapist, with respect to the public health crises of racism and/or COVID-19. What about this encounter was instructive? In what ways did this experience enlighten your perspective on one or more of the core values of our profession?

2020 is defined by crises and uncertainties related to the COVID-19 pandemic and racial tensions. These impact the moral, social, political and economic foundations of our world, nation, and the profession of physical therapy. Navigating one’s professional identity and formation during this time is undoubtedly challenging; you may have had unexpected, yet impactful interactions as a result.

Describe an experience that significantly impacted your professional growth and identity as a future physical therapist, with respect to the public health crises of racism and/or COVID-19. What about this encounter was instructive? In what ways did this experience enlighten your perspective on one or more of the core values of our profession? 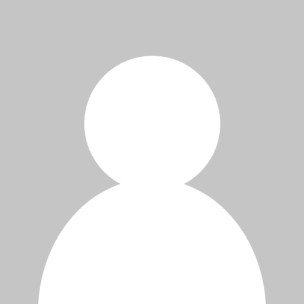 Contents
Socially Constructed Decision Making
Context of an Ethnography
Teams Thrown Together
Ambivalence in Medicine
Life as a Teaching Tool
Relevance to Rehabilitation Medicine
Conclusion
About the Author(s)
Share this:

Social Context and Ambivalence in Medicine:
A Book Review of Doctors at War: Life and Death in a Field Hospital

The 89-year-old patient’s typical warmth had been replaced with a detached expression. She talked about her sister’s quickly declining health—which affected her deeply; blood was drawn, medications prescribed and adjusted, and the patient was asked to come back for a check-in visit in the future. Only the check-in visit did not come. The physician later discovered that the patient was admitted to the hospital for dangerously low sodium—a problem missed in the laboratory report and exacerbated by the new combination of medications. The patient’s son was furious and called to ask the doctor if she knew what she was doing. This experience profoundly impacted the young physician. If you were to visit her today, you would rest assured that she was paying close attention to any possible medicine interactions.1

Rarely are we privileged a glimpse such as this into the labyrinth of experiences that shape how individual physicians provide care. Rarer still are we offered a broader view of how healthcare teams—each member with their own individual experiences—come together to make decisions. It is this broader question about how healthcare teams work together that led Mark de Rond to embed himself in Bastion Medical Hospital near Helmand, Afghanistan, which he documents in Doctors at War: Life and Death in a Field Hospital. 2

Context of an Ethnography

De Rond, an organizational ethnographer, is concerned with how teams function under extreme conditions. He may be best known for his previous ethnography of The Boat Race between Oxford University and Cambridge University, where he observed that individual talent was not a determinant of how well a race was rowed, but rather how each member contributed to the overall objective in unison.3

In Doctors at War, de Rond chronicles his brief pre-deployment training, followed by 6-weeks embedded in Bastion Medical Hospital. Bastion, named after the company that produced the large earth-filled bags that fortified the eight-square-mile camp, was the largest British-constructed hospital outside of the United Kingdom (UK) since World War II. At the time, it was considered one of the bloodiest hospitals in the world in terms of casualty rates.4 Patients ranged from American soldiers with bullet holes piercing their skulls to Afghani children whose arms and legs were barely attached after a run-in with a mine. This was the kind of place where you heard people off-handedly say things such as, “[It was] a limbs-in-bins sort of day.”1(p10) Physicians regularly made rounds from the medical tent to the nearby incinerator to dispose of lifeless arms and legs.

There was no routine in Bastion. At any moment, long spans of workless silence could be shattered by a barrage of critically-wounded bodies. Even the length of time for the “6-week” tour was uncertain, as a trip home was only promised once your airplane was in the air with you in it. It was in this context that de Rond shadowed physicians as they navigated their mercurial agendas. He sat with them in the sweltering heat as they ate food from the Pizza Hut constructed from a shipping container—which ironically advertised, “Oven Hot Delivery.” He accompanied clinicians as they transported Afghanis to local hospitals that had few supplies and even less hope of survival for the transferred patient.

Indeed, the context of Bastion, as painted in Doctors at War, is dire. Yet, despite all this, the UK Ministry of Defence reported a 99.6% survival rate in the camp between April 1, 2006 and July 31, 2013.5 It is this context which brought de Rond to Bastion.

Think back to Dr. Aronson. She was intensively trained in medical school to provide care for an encyclopedic amount of possible illnesses and conditions. Then, in practice, she developed a working knowledge of how to treat patients, shaped by her unique experiences. Now imagine an entire team of Dr. Aronson’s, each trained expertly in their own trade: emergency medicine, hematology, surgery; each with their own experiences that guide how they care for patients. These individual physicians are meant to come together, and work in unison, just like the rowing team in de Rond’s ethnographic study. Yet unlike a rowing team, it is unclear whether the physicians assigned to a war zone are ever matched to work together. As de Rond puts it, “they are typically assembled in groups only weeks before their deployment, as compared with combat units who might spend up to a year training together.”1(p.110) De Rond rarely delves deeply into the unique experiences of each physician he chronicles. Instead, he skillfully examines the interactions he directly observed. Personalities ranged wildly from the sometimes brash British-general-surgeon who went by the adopted moniker Hawkeye (from the M.A.S.H television show), to the laid-back Californian-orthopedic-surgeon, Ty, who dreamed of returning to the West Coast. Through direct observation, de Rond recounts how this seemingly random assortment of clinicians came together under dubious circumstances.

Physicians often treat their profession as a calling rather than a job. Yet the otherworldly, surreal environment of Bastion sometimes created conflicting emotions. Long spans of boredom left the team with little to do but hope for more casualties so they could make themselves useful. Alternately, intensive rashes of badly-injured individuals over prolonged periods of time sometimes left physicians hoping for the patient’s death to be hastened, if only to allow them a break. Guilt summarily followed, and the emotional toll, as recounted in Doctors at War, was undeniable. As de Rond reflected on one doctor nearing the end of his ‘tour,’ “[H]e felt shattered, he said, the misery and moral ambiguities of the war having desiccated whatever gusto he brought to it six-weeks ago, too tired to feel compassion, and yet he wouldn’t think of asking for help.”1(p.31)

Throughout the book, de Rond returns to examine how the physicians attempt to cope with their experiences. Overwhelmingly, this was accomplished through attempts to normalize their experience through war-based entertainment. When physicians had free time, they often watched movies or television shows that satirized war. The reader may conclude that this entertainment provided the viewers with meta-means for normalizing their experiences. At other times the physicians made jokes or sang in the operating room, a sort of depersonalization that was only broken if they had to care for someone that reminded them of a loved one.

This book is a journey through the ambivalence of medical care and de Rond is the tour guide. Nowhere does he perform this role better than regarding a third form of depersonalization—callousness. Callousness may be expected to arise in anyone after witnessing enough trauma. The pages of this book are filled with traumatic descriptions of gore, so much so that readers themselves may begin to feel desensitized, hoping for a new type of injury to move the story along—leading possibly to the same feelings of guilt expressed by the physicians.

Life as a Teaching Tool

The relationships exhibited by medical teams may directly impact everything from how persons with Alzheimer’s disease express emotions6 to how a patient decides what treatment to accept.7 Yet, few studies examine how teams work together in extreme and challenging environments.

Doctors at War provides a unique glimpse into how these teams function in real time. The book is only 139 pages, including the epilogue, and its chapters are broken into short chunks, with language that is engaging and easy to read. At times the text comes across as monotonous and repetitive—but this might be the very point. War, from the perspective of de Rond, is sometimes monotonous and repetitive; it is within this context that it becomes fascinating to examine the inner workings of these physician teams.

There was no documentation in this book of the doctors at Bastian impressing the importance of rehabilitation on their patients, so we can not say with certainty whether rehabilitation was intertwined within this healthcare setting. Regardless, it is valuable for rehabilitation professionals to have some understanding of team dynamics in a pre-rehabilitative environment, especially when reflecting on how those experiences may impact a patient’s expectations for recovery. For those working in the field of rehabilitation, Doctors at War provides an opportunity to reconsider the day-to-day activities of their own practices—which might otherwise be taken for granted, but have a stark impact on how treatment is delivered. Through integrating readings of direct accounts into ongoing clinician education, providers may be able to better confront ambivalence in medicine, avoid depersonalization, and reconsider how they provide care within a team setting.

This book offers a rare glimpse into the social lives of a hodgepodge of physicians, details that far from mitigate the atrocities de Rond describes. Ultimately this book will be of interest to anyone wanting to learn more about ethnography in general, and/or the social and cultural life in a war zone hospital.

This work is licensed under a Creative Commons Attribution 4.0 International License.