Dr. Feinstein received his medical degree in South Africa at the University of the Witwatersrand. Thereafter he completed his training in Psychiatry at the Royal Free Hospital in London, England, before training as a neuropsychiatrist at the Institute of Neurology, Queen Square in London. His Master of Philosophy and PhD degree were obtained through the University of London, England. He is currently a Professor of Psychiatry at the University of Toronto. His neuropsychiatry research focuses on the search for cerebral correlates of behavioral disorders associated with multiple sclerosis, traumatic brain injury, and hysteria (Conversion Disorders). He is past Chair of the Medical Advisory Committee of the MS Society of Canada. In 2000-2001 he was awarded a Guggenheim Fellowship to study mental health issues in post-apartheid Namibia. Dr. Feinstein is the author of Dangerous Lives: War and the Men and Women Who Report It (Thomas Allen, Toronto 2003), In Conflict (New Namibia Books, 1998), The Clinical Neuropsychiatry of Multiple Sclerosis (Cambridge University Press 1999, with a second edition in 2007), Michael Rabin, America’s Virtuoso Violinist (Amadeus Press, 2005, with a second edition in 2011) and Journalists Under Fire: the Psychological Hazards of Covering War (John Hopkins University Press). His most recent book is Battle Scarred (Tafelberg Press, 2011). He has published widely in peer-reviewed journals and has authored many book chapters. In 2012, a documentary, Under Fire: Journalists in Combat, produced by Dr. Feinstein and based on his research of journalists in war zones was shortlisted for an Academy Award. The documentary received a 2012 Peabody Award. His series Shooting War (http://tgam.ca/ShootingWar) for the Globe and Mail newspaper was shortlisted for a 2016 Editor & Publisher EPPY award. 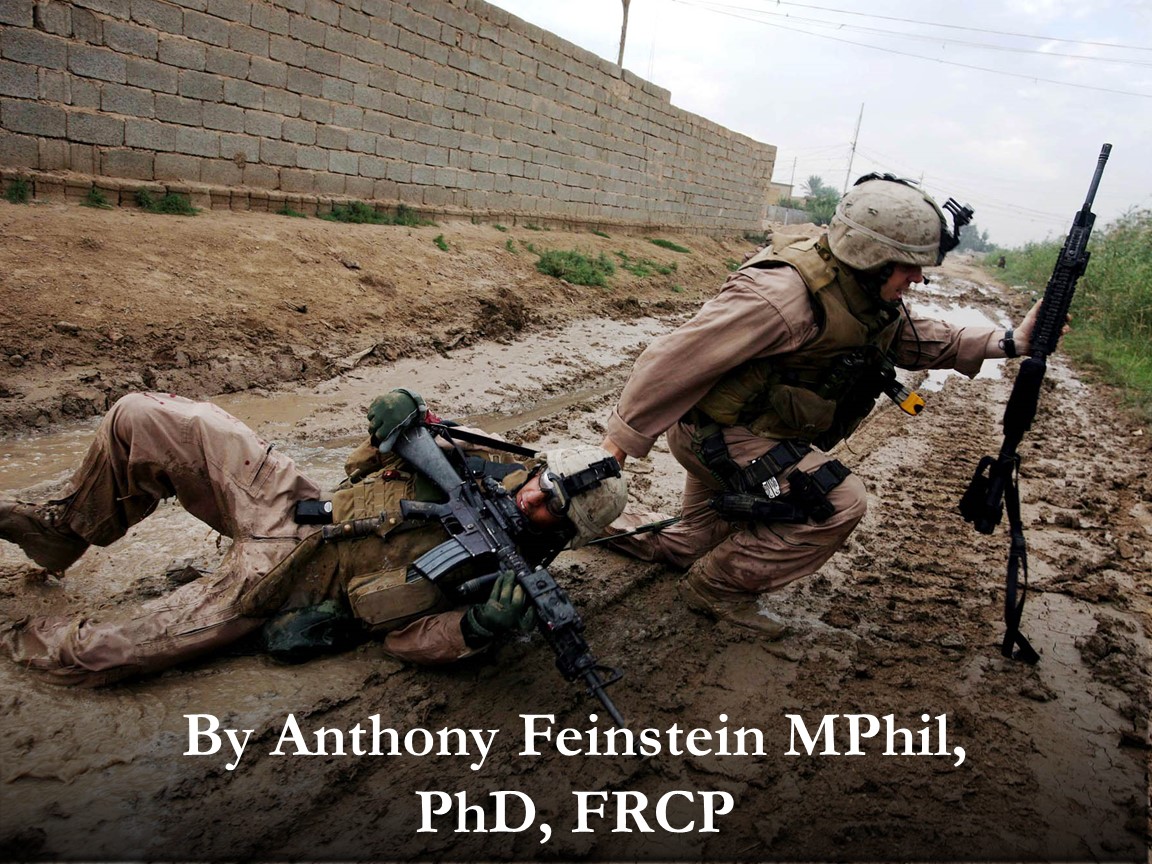