Dick Taylor was born in Jackson Mississippi, July 27, 1947. He was raised in a Navy family and traveled around the world until college, where he met his wife Nina. They were students at the University of Illinois and married shortly after graduation in Chicago. They have raised two fine young men and one exceptional daughter, spending most of their lives in Kansas City, Missouri. Mr. Taylor has enjoyed a career as an entrepreneur in the automotive industry, owning two different car dealerships, an aftermarket company and a sales training enterprise that served Chevrolet Motor Division and retail dealers for many years. Currently he is now semi-retired in Atlanta, living near his daughter and her family. Mr. Taylor has written poems as a hobby for many years, as a form of personal reflection and relaxation. His topics have covered a wide variety of subjects, from a deeply reflective ode to his father, to simple every day observations, including park benches and sweet gum trees. 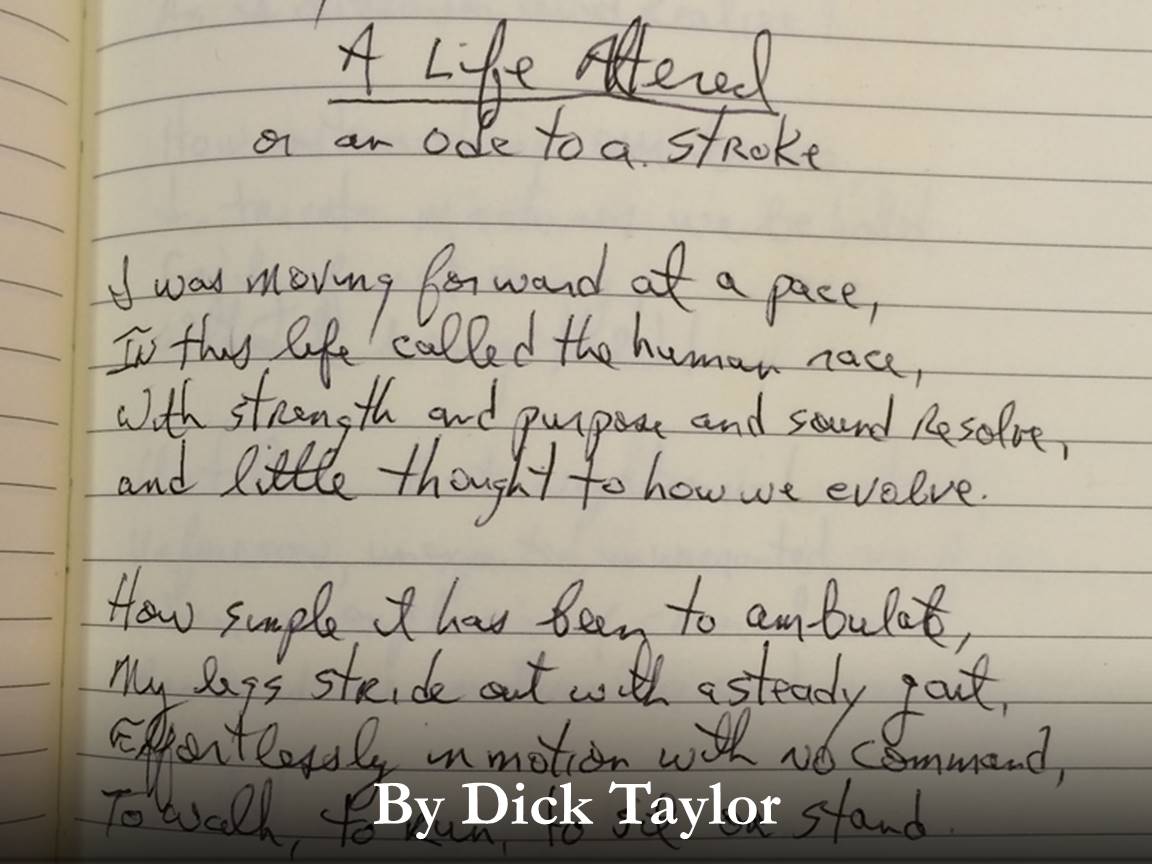 Poem: Ode to a Stroke, or A Life Altered