Janna Marshall is a second-year Doctor of Physical Therapy student at Emory University School of Medicine. She began her undergraduate career as an honor student, receiving a scholarship to attend Alabama Agricultural and Mechanical University in Huntsville, Alabama. Janna had the opportunity to take part in the HBCU experience while obtaining her bachelor’s degree in Biology. She became a student ambassador and learned the remarkable history behind her institution and many other Historically Black colleges. Serving as a university ambassador sparked her interest in the social and educational status of underrepresented minority students. She was invited to visit many schools in disadvantaged communities to inform and encourage the students. While attending AAMU, she worked as a research assistant for the department of Biological and Environmental Sciences. Through her department, she was chosen to complete an internship at NASA Jet Propulsion Laboratory in Pasadena, California. During her NASA experience, she was able to further explore her enthusiasm for research. Throughout her undergraduate career, she also worked as a student athletic trainer for her school’s football team. Working closely with licensed athletic trainers and physical therapists further influenced her passion for physical therapy. As a result of her increasing interest in PT, she worked as a Rehab Aide at Emory Long Term Acute Care for two years before starting graduate school. Janna has always believed in being an advocate and using her resources to help those in need. She plans to help fight the pandemic of racism by increasing awareness, participating in protests, and sharing resources to help the cause. 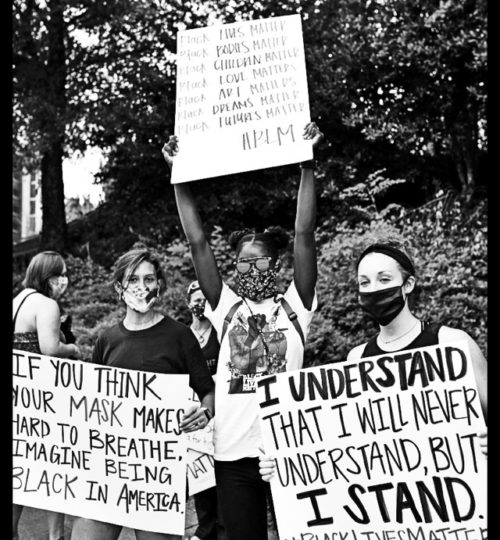 In alignment with our ongoing series dedicated to addressing social change, we offer a list of..
Read More