Terrence Nordstrom, PT, EdD, FAPTA is a Professor in the Department of Physical Therapy and the Vice- President of Enrollment and Student Services at Samuel Merritt University in Oakland, California. He is an experienced clinician, clinical manager and educational administrator. His primary areas of teaching and research are in the areas of professional formation, ethical reasoning, and moral agency among physical therapist students. Dr. Nordstrom has served as Vice President and President of the American Council of Academic Physical Therapy. He served on the Ethics and Judicial Committee of the American Physical Therapy Association, including as Chair. He is a Catherine Worthingham Fellow of the American Physical Therapy Association and a Fellow of the National Academy of Practice. He is a member of the research team with Gail Jensen, Jan Gwyer, Laurie Hack, and Elizabeth Mostrom that conducted the study, Physical Therapist Education for the 21 st Century: A National Study of Excellence and Innovation in Academic and Clinical Education. He is the author of several papers and book chapters in the area of physical therapy education and research. He received his BA degree at the University of California, Santa Cruz, his MA degree in physical therapy from Stanford University and his EdD from the University of San Francisco. 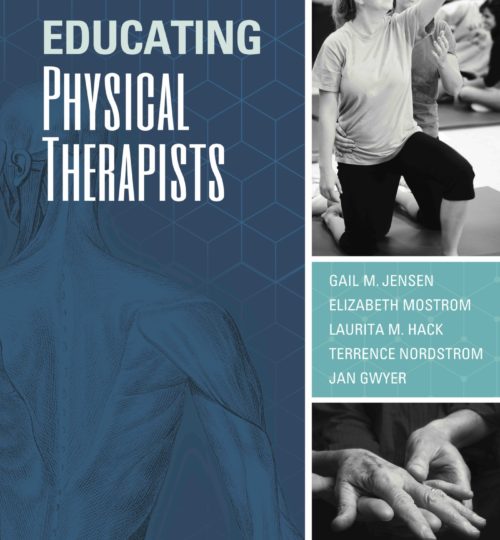 In this issue’s Book Review, the authors of Educating Physical Therapists describe their “10-year journey” of..
Read More